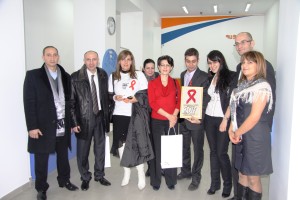 December 1 is World AIDS Day, and that is an opportunity to speak out once more about the issue of HIV/AIDS, the efforts in our state to stop the spread of HIV/AIDS, as well as present and future issues.

On December 1, the names of the winners of the “HIV/AIDS Issues Advocate 2011” award were announced. PINK Armenia received an award as a local non-governmental organization. The decision was made according to majority vote, by the result of which this year’s HIV/AIDS advocates have been recognized: