In memory of Mikael Danielyan 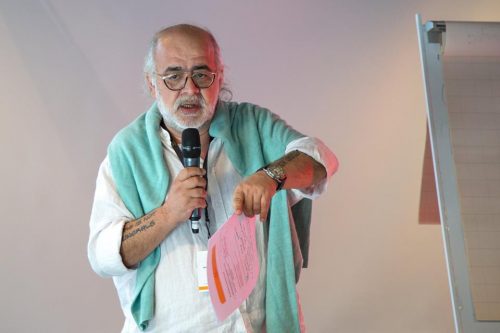 Human Rights House Yerevan is deeply saddened to announce the untimely death of its initiator and chairperson, Mikael Danielyan, on August 24, 2016.

Mikael founded and led the Helsinki Association in Armenia and at the same time he supported the  establishment of many other human rights organisations.

For Mikael Danielyan, a prominent leader of the human rights defenders’ movement in our country, human rights was an uncompromising absolute value. Mikael was always ready to engage in the most difficult cases where human rights were violated and never hesitated to defend the rights of the most marginalized groups. He was the first to protect the rights of LGBT people in Armenia as well as the rights of religious minorities. He successfully defended socio-economically vulnerable people against arbitrary actions of the state. He also focused his attention on people who were persecuted for their dissident political or civic activities, which often led him to be misunderstood and subjected to harassment and attacks.

Mikael played an instrumental yet often unnoticed role in developing civil society and activism in our country. Thanks to his tireless efforts and encouragement over the years, many joined the human rights and democratisation process in Armenia.

Mikael Danielyan’s vibrant personality will remain forever in our hearts and minds, through his work, the music he loved, the places he spent time in, and the way he lived his life.

Mikael Danielyan has left us, but his vivid memory, values, and beliefs remain with us. We, his friends and colleagues who share his values, will continue this work to protect human rights and freedoms, democracy-building, and peace in the region. In doing so, we will forever cherish his soul and spirit.