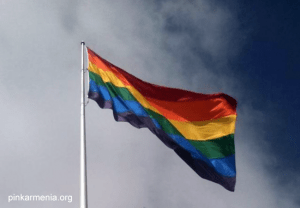 “Necessary prerequisites exist in RA legislation to exclude any act of discrimination” is said in a response from the Administration of the President of the Republic of Armenia to the call of PINK Armenia to protect LGBT rights.

PINK Armenia also urged President Serzh Sargsyan not to award national prizes to individuals and organizations who spread blatant hate speech against LGBT citizens of Armenia and the persons involved in the protection of their rights, to which Head of Legal Department of the President’s staff Grigor Muradyan clarified in the response letter that the person’s worldview is not considered when awarding prizes “if that person does not display any illegal behavior which is to become a subject of assessment of authorities in each specific case”.

Before that the letter of the organization had a response from Ministry of Health and Ministry of Justice of the Republic of Armenia.

The Ministry of Justice that they have conducted a legal study on relevance of having a separate piece of legislation to combat discrimination, where the matters regarding discrimination have been analyzed.

The Ministry also reminded that in 2010 the Gender Policy Concept Paper was approved and Republic of Armenia Gender Policy Strategic Program for 2011-2015 was confirmed.