We condemn hate against innocent victims in Orlando 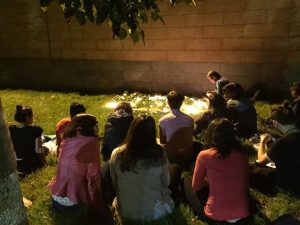 An armed man broke into the LGBT nightclub “Pulse” on June 12 in Orlando, Florida, killing 50 people and injuring 53 others.

We, representatives of the LGBTI community, supporters, civil society representatives and Armenian citizens, condemn the hate crime committed at nightclub, as well as express our condolences to the families and friends of the victims.

We condemn hate speech, which rises after incidents like this online in support of the terrorist and other acts of terror. We call on our fellow Armenian friends and citizens to respect the innocent victims, and not to defend terrorism and terrorist acts.

A candlelight vigil was organized on June 13 at 8:30pm, in front of US Embassy in Yerevan, in memory of all innocent victims.