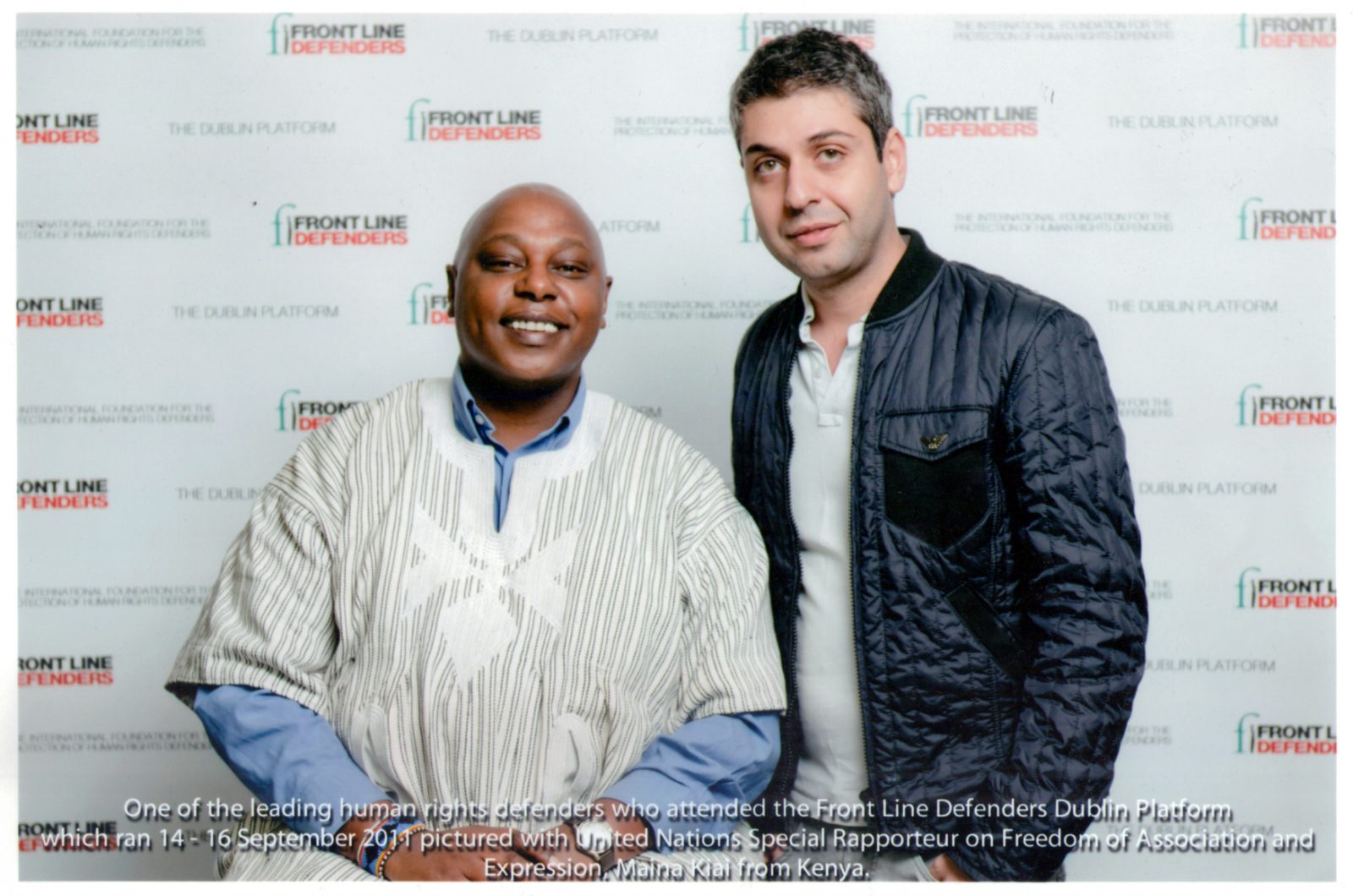 The Dublin Platform, one of the largest gatherings of human rights defenders in the world creates a safe space in which human rights defenders, all of whom are at risk in their own country because of their legitimate human rights work, can speak freely, share experiences and work together to develop new strategies for security and protection.

The Dublin Platform was addressed by Irish Minister for Foreign Affairs and Tanaiste (Deputy Prime Minister) Mr Eamon Gilmore TD. Welcoming the Human Rights Defenders to Front Line’s 6th Dublin Platform on Human Rights Defenders Eamon Gilmore T.D., said: “I am proud to welcome to Ireland a distinguished group of human rights defenders who have dedicated their lives to fighting for the rights of others. Human rights defenders make enormous personal sacrifices in the pursuit of justice, human rights and human dignity and put their own lives at risk to break the deafening silence of indifference and complacency. Without human rights defenders, the voices of the most vulnerable and marginalised groups in society would not be heard.”

Speaking at the Dublin Platform, HRD Mamikon Hovsepyan said “While you stigmatize or discriminate against others, think maybe one day you can be the victim of intolerance too. You don’t accept one’s identity today, others may not accept your brothers, sisters, or your children for just being themselves. Accept people as they are, and respect, to be respected.”

Founder and Executive director of Front Line Defenders Mary Lawlor gave the keynote address in which she highlighted the contribution of human rights defenders to the recent Arab Spring.

“In the last year, the Arab uprisings have unleashed a wind of change that has rattled tyrants not only in the Middle East but around the world.

In Tunisia, Egypt, Libya, Yemen, Bahrain and Syria, threats and brutality have failed to quell movements for freedom and human rights – and human rights defenders have played a key role. They will continue to play a key role monitoring reprisals, documenting atrocities committed by all parties and demanding justice for the victims”.

In closing Ms. Lawlor quoted the words of imprisoned Uzbek human rights defender Dilmurod Sayid. Suffering from tuberculosis: and sentenced to 12 yrs, 6 months in prison – he wrote “ the representatives of legal organs circumvented the law, closed their eyes to justice, protected and continue to protect the interests of those individuals, which essentially are corruption, oppression, injustice and lawlessness. In the path of the law, it was not only me who became a victim of the courts of justice, but also my family. I have lost the people dear to me, and my innocent 5-year-old daughter. I have become “guilty”, though I am blameless. I am not afraid of death – I live awaiting it. I lived, worked and walked along the path of justice, caring for those around me. In spite of everything, I have always and always will be convinced that my work is right”.

Dilmurod will not give up and neither should we. Justice, freedom and human rights will never come easy but neither can they can be indefinitely denied when there remain those with the courage to speak out and defend the rights of others.

Also speaking at the Dublin Platform were Maina Kiai former chair of the Kenyan Human Rights Commission and current United Nations Special Rapporteur on Freedom of Expression as well as United Nations Special Rapporteur on Human Rights Defenders Margaret Sekaggya who spoke by video link. They paid tribute to the courage and commitment of human rights defenders who embody the spirit of the Universal Declaration of Human Rights