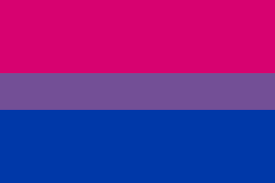 There are a number of strange stereotypes and prejudices faced by bisexual people that come from common misconceptions about bisexuality. But unlike many non-straight individuals bisexuals can sometimes face these same stereotypes from within the LGBT community. Common misconceptions paint bisexuals as confused, as greedy, as ‘fake gays’ or as trend-chasing straight people.

PINK Armenia has organized a meeting-discussion under the title “Unusual meeting with usual people” on September 23rd – The International Bi Visibility Day. 24 members of LGBT community took part in the event and were given the opportunity to ask questions to 4 bisexual speakers invited to have a better understanding on what bisexuality means, who bisexual people are, and to reveal the challenges bisexual people face both from LGBT and straight communities.

BI Visibility Day is celebrated every year on September 23rd. For the first time this day was celebrated by the International Lesbian and Gay Association (ILGA). Since 1999, the celebration of the Day has become widespread worldwide and nowadays it is celebrated in Germany, Japan, New Zealand, Sweden and the United Kingdom and other countries.