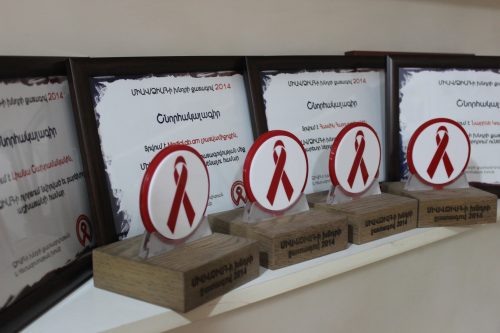 The first HIV case in Armenia was registred in 1988. From 1988 to 1 December 2014 1924 HIV cases had been registered in the country among the citizens of the Republic of Armenia with 238 new cases of HIV infection registered during 2013, which exceeds the number of HIV cases registered annually in the previous years. About 75 % of cases registered during 2012-2013 are results of migration. The HIV/AIDS situation assessment shows that the estimated number of people living with HIV in the country is about 3700 (statistic of the National Center for AIDS Prevention).

Every year December 1 is marked as World AIDS Day. Several organizations dealing with the sexual health, HIV/AIDS and human rights issues in Armenia, that carry out various public and social events both in Yerevan and regions, yet in 2010 created the “Advocacy and Research Group on AIDS. ” Due to active cooperation the group implemented joint actions for advocacy and protection of the rights of vulnerable groups, and focused public attention on sexual health issues as well. The founders of the group are “Real World, Real People”, “Public Information and Need of Knowledge”, “Women’s Resource Center” and “Positive People Armenian Network” non-governmental organizations. 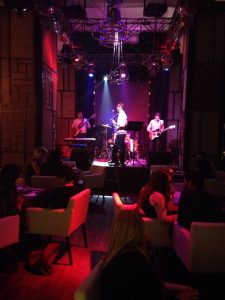 “Advocacy and Research Group on AIDS” this year also carried out several public events on December 1, and an award ceremony in the evening. Award idea was initially founded by the “Real World, Real People” organization. Subsequently, when the “Advocacy and Research Group on AIDS” was formed, the award ceremony responsibilities where taken by the group.

The award is not an annual event, but every time it becomes peculiarly interesting with its nominations, thanksgiving words and with the process of event. The event is an opportunity once again to be thankful to people working in the field, to encourage, inspire and praise them, to appreciate their dedicated everyday work and efforts.

HIV/AIDS issues advocates of this year have been recognized:

Also a Certificate of Honour was awarded to DJ Vakcina (Arusyak Mkrtchyan) for her dedicated work and important contribution to the work for HIV prevention. The Certificate of Honour handed her UNAIDS representative in Armenia Lena Nanushyan. DJ Vakcina for years initiates, conducts and participates in various activities on HIV/AIDS, also raising the issue for public different masses, holding seminars, participating in TV broadcasts, trying always to make the issue reachable in different platforms. DJ Vakcina is also the UNAIDS Armenia Goodwill Ambassador.

The award ceremony was held in a warm and friendly atmosphere. The ceremony was attended by people working on the field of HIV/AIDS, also the state sector and non-governmental sector workers, doctors, human right defenders, journalists.