This year the forum was unique in that it was held on a virtual platform for the very first time in Pink Armenia’s history. 149 participants were registered at the forum, 40 of whom were featured speakers. Participants included LGBT+ (lesbian, gay, bisexual, trans, and other identities) individuals, as well as civil society representatives, artists, activists, lawyers, and health professionals. 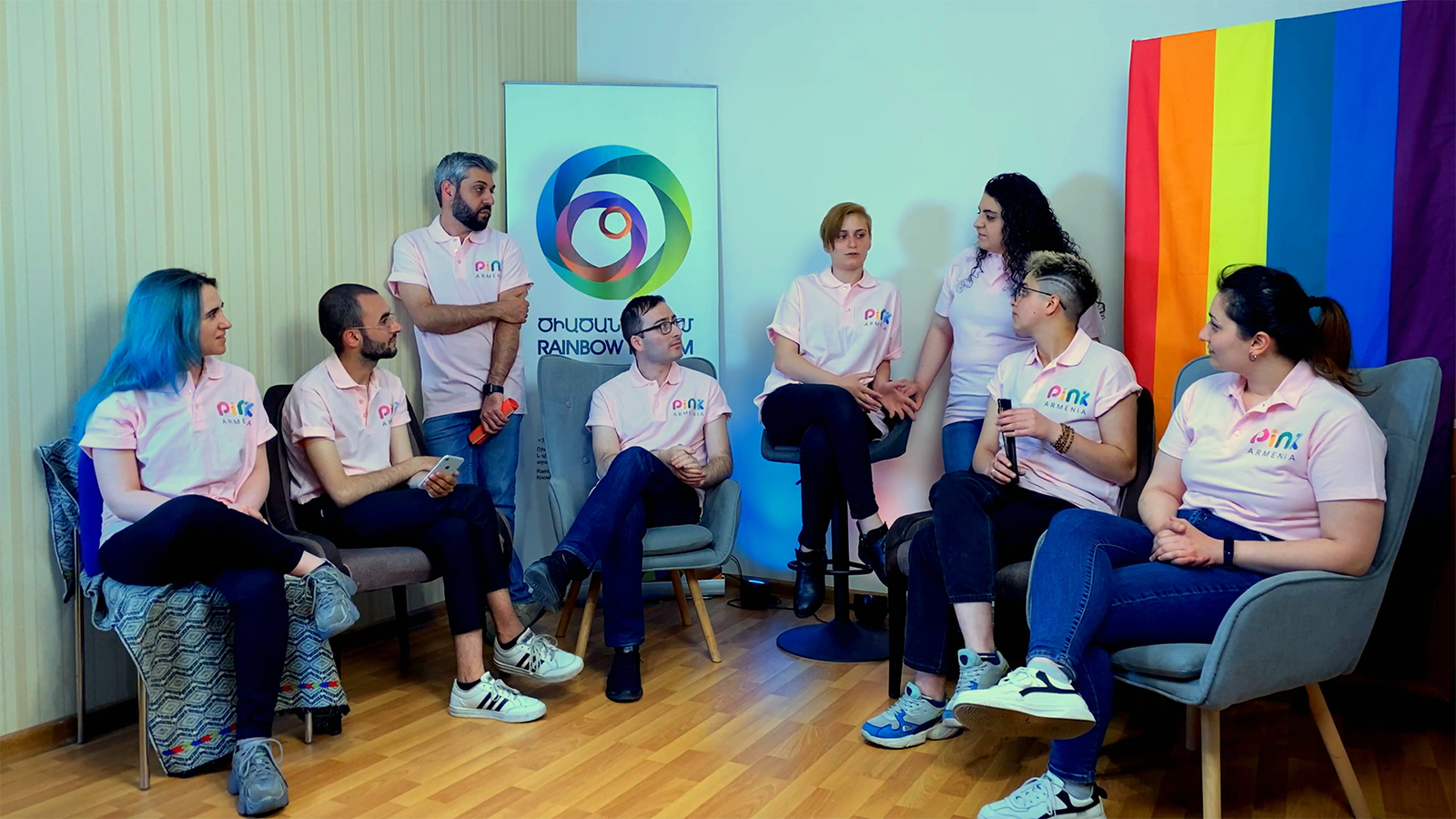 The title of the forum was “Overcoming Challenges”.

Through the virtual platform of the forum, we provided 10 hours of airtime per day, which included multiple entertainment programs, main events of the day, as well as panel discussions.

The “Rainbow” forum was held in an atmosphere of productive discussions, mutual respect, trust and support.

During the forum, the impact and consequences of the COVID-19 epidemic on the LGBT community, as well as the post-war situation, were discussed. The participants shared their experiences and conditions they were in, also what difficulties they had, how they tried to overcome them. They also discussed the circumstances that usually hinder the resolution of community issues and discussed the community response in general to crisis situations, as there is a need to have an ability to respond to similar situations in the future.

Many other topics of importance for the LGBT+ community in Armenia were raised, as well as issues that are faced by the community. Throughout these discussions, we tried to find acceptable and effective solutions to these problems.

Several queer artists prepared musical performances, art performances, short films, and sketched the outline of the resource center that is needed for the community.

We also screened the “Listen to Me: Untold Stories Beyond Hate” documentary, in which LGBT+ people came out in front of the camera.

After screening the web series “Here I come” we were joined by Andrey Fenochka, where he talked about the meaning behind the film, as well as the film shootings.

During the forum, we also discussed violence between LGBT+ couples, problems within the community, concerns, fears, intrernal discrimination in the community and ways to overcome them.

This year the event was joined by an unprecedented number of international guests to speak about the activities of Eastern European organizations in crisis, and our compatriots in the Diaspora shared with us the initiatives of Armenian community organizations.

During the discussion on the idea of solidarity in activist movements, the invited activists shared their experiences, talking about the problems and challenges of the field, trying to find the similarities and differences between different movements, whilst prioritizing the need for unity in case of being targeting.

One of the current issues we touched upon were anti-gender movements. A research study was presented on anti-gender and homophobic rhetoric and discourses on sexuality and gender issues in post-revolutionary Armenia. We also reflected on how women and LGBT+ human rights defenders and activists, as well as progressive civil society are targeted, in an attempt to turn this issue into means of fighting against the post-revolutionary government of Armenia.

Forum also addressed the community’s concerns regarding issues related to gender reassignment practices, hormonal therapy, and issues of changing names. The existing international and domestic legal regulations on these issues were presented, including the acceptable options based on international experience for Armenia.