The Day of Silence is an event that brings attention to anti-LGBT name-calling, bullying and harassment in schools. Students from middle school to college take some form of a vow of silence in an effort to encourage schools and classmates to address the problem of anti-LGBT behavior. The event is designed to illustrate the silencing effect of this bullying and harassment on LGBT students and those perceived to be LGBT.

As a way of supporting the idea and those that are harassed in Armenia, we will undertake certain actions: 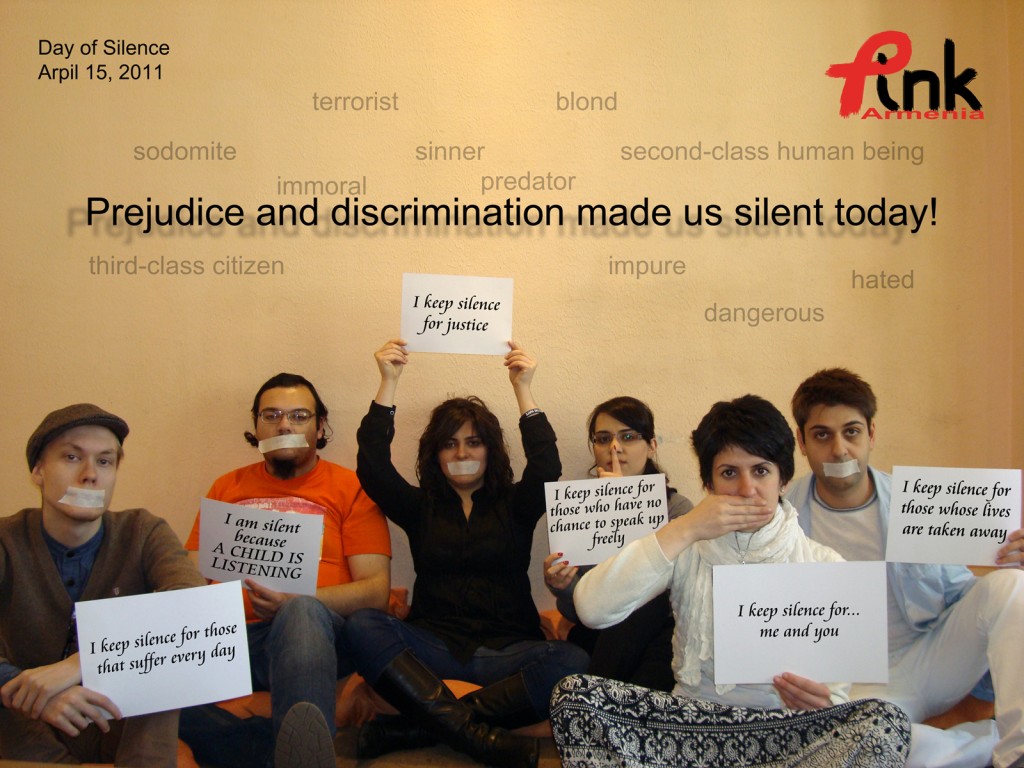 History: In 1996, students at the University of Virginia, USA organized the first Day of Silence in response to a class assignment on non-violent protests. Over 150 students participated in this inaugural Day of Silence. In 2001, Gay, Lesbian and Straight Educational Network (GLSEN) became the official organizational sponsor for the event. GLSEN envisions a world in which every child learns to respect and accept all people, regardless of sexual orientation or gender identity/expression.