Diversity for the benefit of present and future generations

Our cultural diversity is a stimulator of creativity. Investing in this creativity can transform societies. It is our responsibility to develop education and intercultural skills in young people to sustain the diversity of our world and to learn to live together in the diversity of our languages, cultures and religions, to bring about change.
– Irina Bokova, Director-General of UNESCO 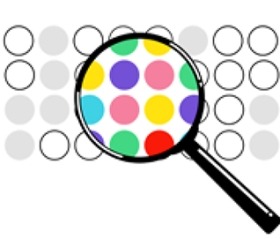 World Day for Cultural Diversity for Dialogue and Development is annually held on May 21 to help people learn about the importance of cultural diversity and harmony.

In 2001, UNESCO adopted the Universal Declaration on Cultural Diversity and in December 2002, the UN General Assembly, declared May 21 to be the World Day for Cultural Diversity for Dialogue and Development. Although the declaration was the culmination of years of work, it was adopted in the wake of the terrorist attacks on September 11, 2001. This reaffirmed the need for intercultural dialogue to prevent segregation and fundamentalism. The aim of day is to help people learn about the importance of cultural diversity and harmony. Connected with the day various events are organized to increase the understanding of issues around cultural diversity and development among governments, non-governmental organizations and the public.

It’s very important to deepen our understanding of the values of cultural diversity and to learn to live together better, to raise awareness worldwide about the importance of intercultural dialogue, diversity and inclusion, to build a world community of individuals committed to support diversity with real and every day-life gestures, to combat polarization and stereotypes to improve understanding and cooperation among people from different cultures.

Cultural diversity is the existence of a multiplicity of sub-cultures and different value systems in a plural or multicultural society. Why does diversity matter? Three-quarters of the world’s major conflicts have a cultural dimension. Bridging the gap between cultures is urgent and necessary for peace, stability and development. First article of UNESCO’s “Universal Declaration on Cultural Diversity” says that cultural diversity is the common heritage of humanity. Culture takes diverse forms across time and space. As a source of exchange, innovation and creativity, cultural diversity is as necessary for humankind as biodiversity is for nature. In this sense, it is the common heritage of humanity and should be recognized and affirmed for the benefit of present and future generations. Culture is communication, communication is culture. And it is very important how people treated to people who are different from you and which kind of manifestations could have this treatment. Everyone is unique and this uniqueness is making plural the world. Everyone has right of existence and is not obliged to identify him/herself as others identify themselves. Uniqueness and diversity, experiences and culture of the societies enrich our lives. It is important to appreciate, value and respect the differences.

Cultural diversity is not only religious, ethnic or national differences, but also different subcultures that exist in different societies. Have we ever asked to us do we have tolerant attitude toward subcultures that live in Armenian society? It is noteworthy that to insult someone people often use names of subcultures that they do not like and the examples are multitudinous: “qyartоu”, “jaki-jоuki”, “Turkish”, “Jehovah’s Witnesses”, “hipster”, “gay” etc. People do not even care about that call for hatred and discrimination, which can sometimes lead to different social group’s vulnerability, isolation or marginalization.

The theme for World Day for Cultural Diversity for Dialogue and Development is “Do One Thing for Diversity and Inclusion”. What do you do for diversity and inclusion?[:]