Like every year, this year as well, Pink celebrated IDAHOBIT week, which symbolizes sexual diversity. During the week, various activities were carried out to raise awareness about the dangers of discrimination on the grounds of sexual orientation and gender identity, and encourage government agencies to adopt effective laws to protect the rights of LGBT people.

This year IDAHOBIT’s motto was to raise awareness about the human rights violations against LGBT people in Armenia and the atmosphere of impunity. During the week, Pink prepared two videos, the first of which addresses three strategic trials conducted by the organization, and the second presents the history of IDAHOBIT in Armenia.

On May 17, Pink organized a roundtable discussion titled “10 Years of Impunity” with several stakeholders. The meeting was attended by embassies of different countries in Armenia, international organizations, the representatives of the Office of the Ombudsperson and local civil society, government officials, and the organization’s beneficiaries, supporters, and victims of cases represented in Pink’s strategic litigations.

At the beginning of the discussion, the Human Rights Defender of the Republic of Armenia, Kristine Grigoryan, the Political Officer and Human Rights Focal Point of the European Union Delegation to Armenia, Maria Papamichail, the Deputy Head of Mission of the Embassy of Sweden in Armenia, Anika Nordin Jayavardena, and the Director for Europe and Eurasia programs at Freedom House, Marc Behrendt, delivered welcome speeches. Partner organizations also delivered speeches, presenting their activities in human rights protection. They expressed their concern about the human rights situation of LGBT people in Armenia, noting that human rights protection plays a key role in their activities, and it is encouraged that appropriate steps are taken to protect the human rights of LGBT people.

It is symbolic that during the roundtable discussion on May 17, the European Court of Human Rights announced the verdict in the case of the DIY bombing. According to the verdict, it is now confirmed with Article 3 of the European Convention on the Prohibition of Torture and Article 14 on the Prohibition of Discrimination, that the Republic of Armenia had allowed gross human rights violations.

Thus, the Republic of Armenia is not only obliged to provide non-pecuniary damage compensation to the victim but also to address the existing problems in the legislative field.

Within the framework of the 2022 events, Pink published “The Human Rights Situation of LGBT People in Armenia During 2021” annual report, which summarizes the human rights violations registered by the organization in 2021, along with discrimination based on sexual orientation and gender identity.

You can read the full report here:

During IDAHOBIT week, a sticker-making workshop was held, where participants drew pictures on topics of interest in a cozy and friendly atmosphere. 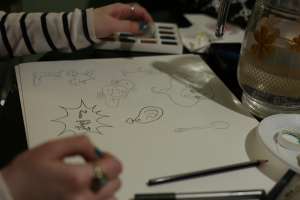 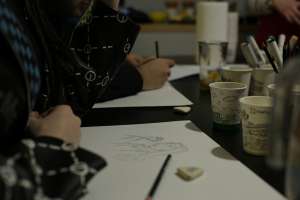 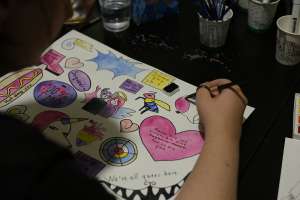