Watching the world’s greatest athletes compete on the oldest and largest sporting stage, it’s easy to feel all their emotions — success and failure, the highs and the lows, however, this path has always been much more difficult for LGBTQ people, as it has always been accompanied by unfair and prejudiced attitude. LGBTQ Olympians have long had to hide their identities to compete without being subjected to discrimination. However, the last few years have proven that the Olympic Games, or sports in general, have become more inclusive. At least 36 LGBTQ athletes participated in the 2022 Winter Olympics, which is twice as many as the number of participants in the 2018 Games. 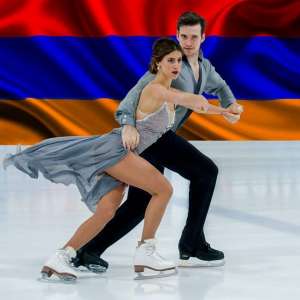 Armenia competed in figure skating for the first time after a 16-year break at the 24th Winter Olympic Games in Beijing. Our country was represented by the Tina Garabedian – Simon Proulx-Sénécal dance pair. Tina Garabedian is a Canadian-Armenian figure skater who has been representing Armenia in the international arena since 2014. She has always emphasized the importance of her Armenian roots in her life and the pride with which she represents Armenia in international tournaments․ “As I was growing up people had difficulties pronouncing my last name: that “-ian” suffix was unusual. But thanks to competing internationally I went from almost being scared to tell people that I was Armenian, to now being very, very proud when I hear my name called out. I am so happy to be able to show others in the world who we are”. 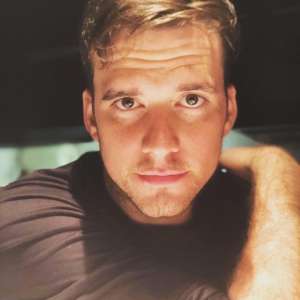 In 2015, Tina teamed up with Simon Proulx-Sénécal. 30-year-old Simon doesn’t have Armenian ancestry, but after learning about Armenian culture and history, he has become what is called Armenian by choice. “Armenians are such nice, welcoming and generous people, very family oriented. They always want to take care of you, to give you the best. I really fell in love with Armenia and developed an attachment to the country”. Simon is openly gay; he came out in January 2022 through an Instagram post. Even though in recent years the Chinese government has tried to restrict the freedom of speech of LGBTQ activists, many athletes, including Simon Proulx-Sénécal are honest with their audience and proud of their identity.

Increased inclusion can have a transformative impact on the well-being and mental health of LGBTQ youth. The Olympic games are truly about exhibiting talented athletes and making sure that everyone feels welcome to participate and thrive.