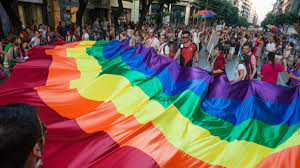 On the occasion of the International Day against Homophobia, Transphobia and Biphobia, 17 May 2016, the Committee on Equality and Non-Discrimination adopted statement which says, that while genuine progress has been made over the last few decades in combating discrimination on the grounds of sexual orientation and gender identity, for many LGBT people, heinous attacks, prejudice and discrimination are still part of their everyday life.

“Transgender people stabbed in the street or attacked in their homes; gay pride events banned or inadequately protected by the police; posters threatening death to LGBT persons plastered in the streets; the closure of hotlines and websites providing assistance to young LGBT people; ineffective police investigations into homophobic or transphobic attacks. This is happening in Europe, and these rights violations are happening today,” says the statement.

Committee of PACE called parliamentarians and other officials to:

It furthermore calls on all States, and especially all States having observer or partner for democracy status with the Parliamentary Assembly of the Council of Europe to decriminalise homosexuality wherever this has not already been done.