June is celebrated as the Pride Month

Every year in different countries across the world the LGBT+ community celebrates June as the pride month through parades, various events and celebrations. These events are primarily aimed at increasing the visibility of the LGBT+ community and to point out the impacts and the successes that LGBT+ people and the community has had across the globe. 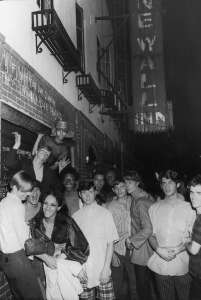 Choosing June as a month of pride is directly related to the Stonewall riots. On June 28th 1969, at the Stonewall Inn in the Greenwich Village neighborhood of New York City, in the United States, the local LGBT community resisted police violence, sparking what later became known as the “Stonewall Riots.” These events, which lasted until the 3rd of July, and had a significant impact on the global LGBT+ movement.

It is important to commemorate Brenda Howard, who is known as the “Mother of Pride” for her work in coordinating the first LGBT Pride March in 1970. She also came up with the idea of a series of events around the Pride march that were held over a week, this became the basis for the annual LGBT+ Pride celebrations, which now take place every June around the world.

Celebrating Pride month is important because it marks the beginning of great developments within the LGBT+ community, which in turn leads to wider social change. Despite the existing discriminating behavior by the public, we continue to raise public awareness, improve public attitudes towards LGBT+ issues, and promote inclusion in society through remembering the success and achievements of LGBT+ people over the years.

One of the key events of the month is the Pride March. As we know, LGBT+ people have been invisible and perceived differently in different cultures. The Pride March and the accompanying events tend to increase the visibility of LGBT+ people by demonstrating that they exist in our societies, and they also have equal rights and opportunities. Due to Covid-19, both last year and this year the pride march and the celebratory pride month events have witnessed changes and shifted to the virtual platform.

In Armenia, the month of pride is celebrated. It is true that there have been no pride marches due to the country’s political, social and military challenges, however Pink is organizing various events for the LGBT+ community. This year is no different, in June the organization plans to hold several events to celebrate the diversity of LGBT+ people and to create a safe space where LGBT+ people can share their emotions and feelings by supporting each other and learning new ways of self-care.