Prominent Armenians for protection of LGBT people in Armenia 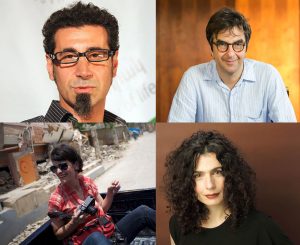 More than two-dozen prominent Armenians in the Diaspora have signed a statement supporting equality and justice for all in Armenia. Among the signatories are poet Diana Der Hovanessian, filmmaker Atom Egoyan, actor and producer Arsinée Khanjian, musician Serge Tankian, and photographer Scout Tufankjian. This array of Armenian artists, intellectuals and professionals felt moved to release this statement in the light of anti-gay legislation that was recently proposed in Yerevan. “This anti-gay legislation is part of a disturbing pattern of intolerance for marginalized people and opposition voices in Armenia,” said publisher Veken Gueyikian. Writer Nancy Agabian said, “People of conscience must not stand by as our LGBT cousins are targeted and demonized.” The statement represents their collective commitment to human rights and to Armenia’s nascent civil society movements.

“In response to reports of draft ‘anti-propaganda’ legislation in Armenia, modeled on Russia’s recently passed and widely condemned bill, we, the undersigned members of the global Armenian community, say such attempts to codify anti-gay prejudice into law are contrary to our values. We believe in dignity, equality and the right to self-expression for all people regardless of religion, sexual orientation, gender, or race.”