Armenia is again in the last places with Azerbaijan and Turkey

On May 14, 2020, ILGA-Europe published the annual “Rainbow Map and Index”, which ranks 49 European countries on their respective legal and policy practices for LGBTI people, from 0-100%. Among 49 countries Armenia is in the 47th place with 8%, in terms of LGBTI human rights protection.

In 2019, the Armenian Ministry of Justice drafted a bill that would criminalize calls of violence in the country. The new draft law proposes to hold a person to account for “making public calls of violence threatening the life or health of persons, publicly justifying violence threatening persons’ life or health or advocating such violence.” Although, the amendment has been adopted by the National assembly on 15 April 2020 without mention of sexual orientation and gender identity (SOGI) as protected grounds.

The two countries at the end of the Rainbow Europe scale are Azerbaijan (2%) and Turkey (4%). Russia is higher than Armenia in the list with 10%, and the neighbor country Georgia has 30%. Turkey’s score has been decreasing due to restrictions on freedom of assembly and association. Azerbaijan has also lost points over the past two years due to irregularities on legal gender recognition.

Malta is again in the first place with 89%, followed by Belgium and Luxembourg with 73% and Denmark and Norway with 68%. 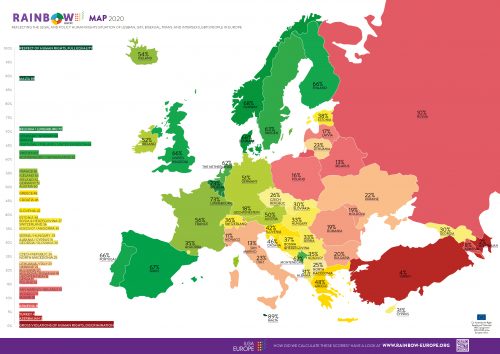 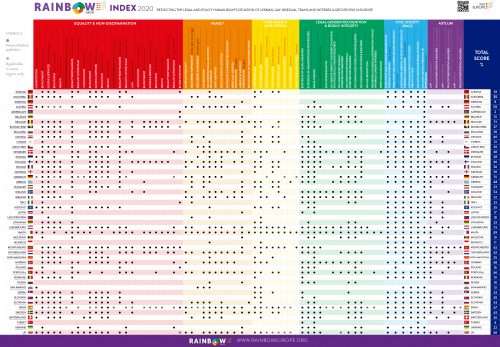