The state of emergency caused by the coronavirus has affected the LGBT community as part of them worked for a daily wage, they lost their income and found themselves in a difficult situation.

For that reason, Pink provided social support to LGBT people who have found themselves in a difficult social situation during the state of emergency. The main purpose of this support is to meet the basic needs of LGBT people in difficult life situations and to help them solve their vital social and financial problems.

We are now summarizing the results of the support provided. The interim summary was presented last month. 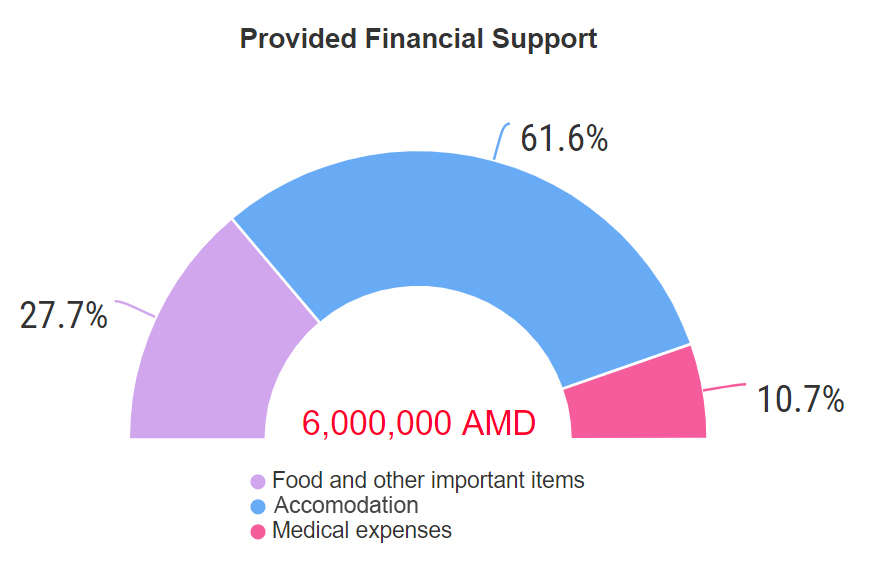 The total amount of the support was about 6 million AMD, thanks to which 79 people were provided with financial support for housing, medical expenses, food, and other necessities. In the initial stages of support, the budget for Pink’s administrative expenses was used, then grants were allocated by the Urgent Action Fund, the Women’s Fund Armenia, and Open Society Foundations-Armenia. The LGBT+ Shelter Initiative, which has continued to provide shelter to people who have been subjected to violence based on sexual orientation and gender identity during this period, also invests its resources in providing assistance.

At this stage, Pink has received 102 applications to support 116 people. According to the Social Support Guide developed by the organization and based on the needs assessment, the commission approved the request for full or partial support in the 70 applications, rejected the rest, and two of the applicants have refused support.

61.6% of the allocated money was intended for the provision of housing for the beneficiaries, 27.7% for food and other basic necessities, and 10.7% for the medical expenses of 20 of the applicants. 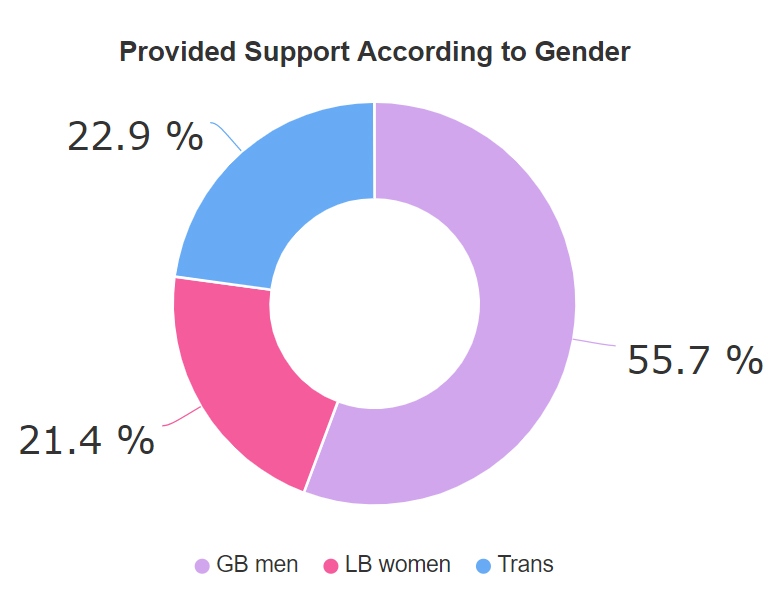 55.7% of those who received social support are gay and bisexual men, trans and non-binary people make up 22.9%, and lesbian and bisexual women make up 21.4%. By the way, all the women’s applications have been approved except for 1.

In this period, we are completing the provision of social support, as workplaces have been largely reopened, except when the person is still in a critical and hopeless situation. We are going to continue to provide support if restrictions are again imposed in the country as part of the fight against coronavirus.

We hope that with the easing of restrictions, by joint efforts and following all safety rules, we will be able to overcome these difficulties and return to normal life as soon as possible.