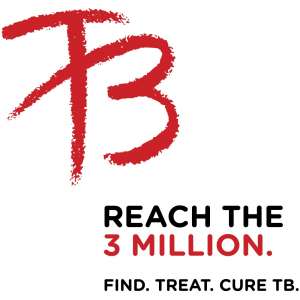 Tuberculosis  (TB) is curable, but current efforts to find, treat and cure everyone who gets ill with the disease are not sufficient. Of the 9 million people a year who get sick with TB, a third of them are “missed” by health systems. Many of these 3 million people live in the world’s poorest, most vulnerable communities or are among marginalized populations such as migrant workers, refugees and internally displaced persons, prisoners,  ethnic minorities and drug users.

WHO and the Stop TB Partnership, hosted at WHO, are together promoting World TB Day. World TB Day provides the opportunity for affected persons and the communities in which they live, governments civil society organizations, health-care providers, and international partners to call for further action to reach the 3 million. All partners can help take forward innovative approaches to ensure that everyone suffering from TB has access to TB diagnosis, treatment and cure.

Around 3 million people (equal to 1 in 3 people falling ill with TB) are currently being ‘missed’ by health systems.

Tuberculosis is one of the major public health problems in Armenia. The treatment success rate of new sputum smear-positive pulmonary TB patients is below the WHO target of 85%. Poor treatment outcome is partly explained by the high prevalence of drug-resistant forms of TB; Armenia is among the 27 high multidrug-resistant (MDR) TB burden countries in the world.

Tuberculosis (TB) is infectious disease caused by bacteria (Mycobacterium tuberculosis) that most often affect the lungs. Tuberculosis is curable and preventable.

TB is spread from person to person through the air. When people with lung TB cough, sneeze or spit, they propel the TB germs into the air. A person needs to inhale only a few of these germs to become infected.

About one-third of the world’s population has latent TB, which means people have been infected by TB bacteria but are not (yet) ill with disease and cannot transmit the disease.

People infected with TB bacteria have a lifetime risk of falling ill with TB of 10%. However persons with compromised immune systems, such as people living with HIV, malnutrition or diabetes, or people who use tobacco, have a much higher risk of falling ill.

When a person develops active TB (disease), the symptoms (cough, fever, night sweats, weight loss etc.) may be mild for many months. This can lead to delays in seeking care, and results in transmission of the bacteria to others. People ill with TB can infect up to 10-15 other people through close contact over the course of a year. Without proper treatment up to two thirds of people ill with TB will die.

Who is most at risk?

Tuberculosis mostly affects young adults, in their most productive years. However, all age groups are at risk. Over 95% of cases and deaths are in developing countries.

People who are co-infected with HIV and TB are 21 to 34 times more likely to become sick with TB (see TB and HIV section). Risk of active TB is also greater in persons suffering from other conditions that impair the immune system.

About half a million children (0-14 years) fell ill with TB, and 74 000 HIV-negative children died from the disease in 2012. Tobacco use greatly increases the risk of TB disease and death. More than 20% of TB cases worldwide are attributable to smoking.

TB occurs in every part of the world. In 2012, the largest number of new TB cases occurred in Asia, accounting for 60% of new cases globally.

In 2012, about 80% of reported TB cases occurred in 22 countries. Some countries are experiencing a major decline in cases, while cases are dropping very slowly in others. Brazil and China for example, are among the 22 countries that showed a sustained decline in TB cases over the past 20 years. In the last decade, the TB prevalence in Cambodia fell by almost 45%.

Tuberculosis is particularly difficult to diagnose in children.

TB is a treatable and curable disease. Active, drug-sensitive TB disease is treated with a standard six-month course of four antimicrobial drugs that are provided with information, supervision and support to the patient by a health worker or trained volunteer. The vast majority of TB cases can be cured when medicines are provided and taken properly.

HIV and TB form a lethal combination, each speeding the other’s progress. Someone who is infected with HIV and TB is much more likely to become sick with active TB. In 2012 about 320 000 people died of HIV-associated TB. Approximately 20% of deaths among people with HIV are due to TB.